Sad but predictable: The demise of HMV

Tight aisles. Stacks of DVDs and CDs. Permanent discounts. When I think of HMV, this is what comes to mind. It is a retail experience I dread as an adult. As a teenage I loved it though, we would go in between lectures and browse the newly released singles that we’d heard on Radio 1.

Sadly the world moved on. Supermarkets begain stocking the latest releases and were able to undercut on price. iPods and iTunes made ot easier to access and purchase music track by track. Spotify (Music as a Service) provided free access to nearly every track ever recorded. Just as the traditional music store was on the ropes, the death blow came with Video as a Service (Lovefilm, Netflix, iTunes and so on).

Unfortunately for HMV they can’t compete on price effectively against the global buying power of Apple or Amazon. Also HMV’s cost base of big stores in prime retail space wouldn’t compete against purely online retailers. Transacting in a retail environment is never going to be as simple as an online transaction where the product is shipped digitally directly into my phone’s music or video library.

Consider it my opinion, but for retailers to survive they need to understand why they’re relevant and then innovate to get there. It’s risky but not as risky as doing nothing. 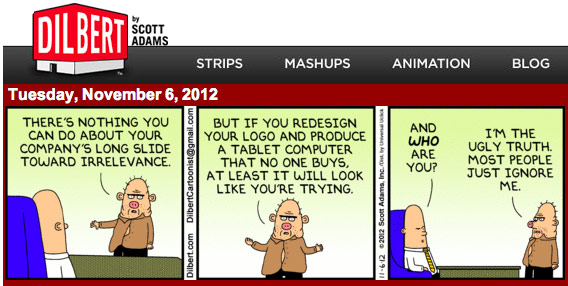